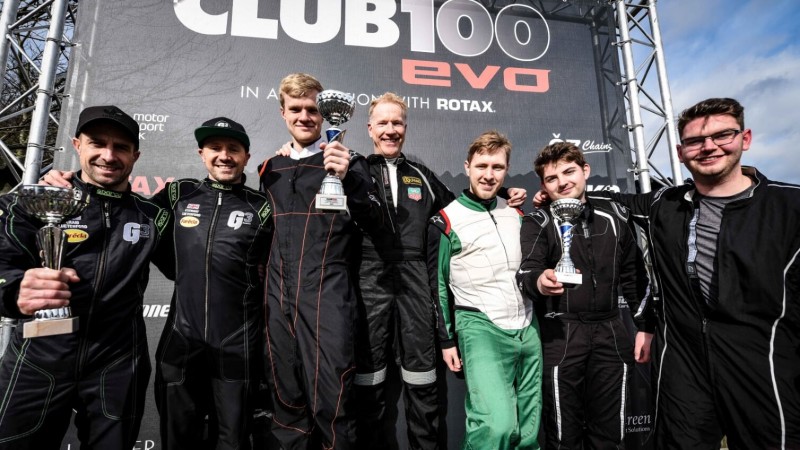 It’s always difficult to predict the inters championship due to the number of unknown quantities. What I do know is that, with a year under their belt, Wisper has to be considered as one of the favourites. It’ll be difficult to judge until we’ve had a few races but they are certainly one to watch.

However, it was G-Force Racing who took pole position in class with 2 Fat 2 Furious second quickest. Wisper were third, OWL Racing fourth and Centurions fifth. Next up was Parguelas Racing Team, Rich Tea Racing, G3 Pro G360, F3R Corse and SIM Racing. In total, ten inters teams lined up, which is more than the average from last year.

A great start saw 2 Fat 2 Furious make up several places and snatch the lead, jumping to eleventh overall. G-Force slotted in behind in second and OWL Racing ended the opening lap in third.

Wisper was a team on the move and made up several places in the early laps. They were up to fourth by lap five and this became third when OWL Racing came into the pits on lap 9.

There were a number of different strategies at play amongst the inters teams and, as is to be expected, there was also a range of ability in the execution of the stops. Wisper seemed to have got the edge over their rivals and had a quick first stop.

There were plenty of penalties throughout the day for various misdemeanors. Parguelas Racing received a black flag on lap 25 for knocking someone off. A second black flag followed a few laps later. Centurions received one for contact as did All Torque contact and OWL Racing.

With their early race pace and fast pit stop, Wisper found themselves leading after the first round of stops. Over the next phase of the race they extended their lead over the rest of the pack. Further back, the running order remained close but consistent. Rich Tea Racing were ahead of G3Pro G360, OWL Racing and Centurions. G-Force and 2 Fat 2 Furious had dropped down the order after a promising qualifying session.

Despite both receiving black flags, Rich Tea Racing and OWL Racing were second and third respectively as we approached half distance. Rich Tea Racing were a few seconds up the road and pulling out a small gap each lap. OWL had G3Pro G360 on their tail. Centurions, G-Force Racing, 2 Fat 2 Furious and SIM Racing were next up, fighting over the minor places. F3T Corse were propping up the rear of the grid. Hopefully a few more races this year will see them move up the order.

At the front, Wisper was running away with it. They suffered a few black flags last year when they were in a strong position so, with a year of experience behind them now, would surely be more mindful here.

Rich Tea picked up another black flag late in the race which dropped them behind OWL. The remaining runners had all spread out somewhat and most of the battles on track were inter class fights that didn’t affect the running order.

Back at the front and it was plain sailing for the race leaders. After a faultless run, Wisper crossed the line to take their first victory – and Ian Wilson’s first Club100 win in nearly fourteen years. G3Pro G360 were second, albeit two laps behind the winners. Despite two penalties, Rich Tea Racing took third ahead of OWL.

I put the high number of penalties down to it being the first race of the season and a combination of rustiness and over excitement by, let’s face it, big boys with fast toys. All in all it was a great day’s racing with lots of action. Personally I’m chuffed to bits for Wisper and really hope they can maintain this form throughout the season. 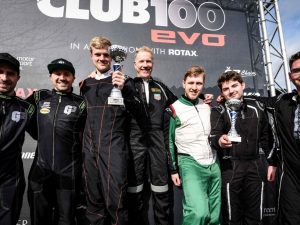