The Day Belongs To Michael Ballinger, With A First Win In Club100 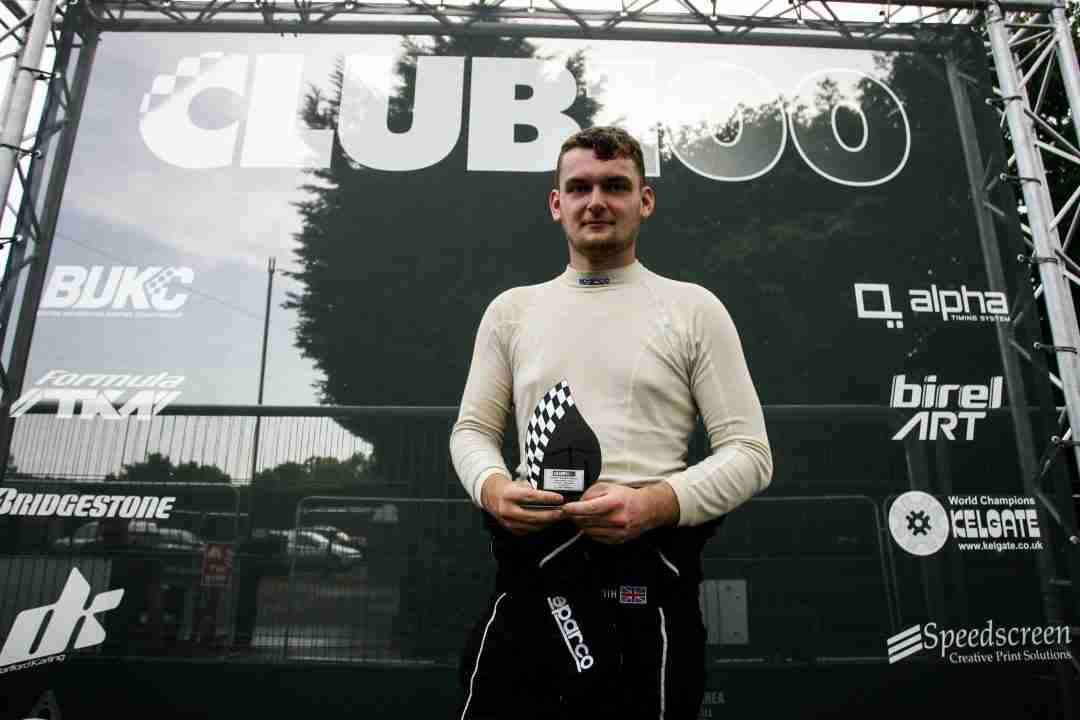 HW/SHW A Final Stuart Jones on pole from Martin Gurnett with Mark Turner and Mike Bodnar on row two. Michael Ballinger and Miguel Hall on row three from Lennie Wood and Seb Algieri on row four. Steve Bosley and leading SHW Trevor Randall on row five. The track was still damp but a dry line had appeared. Get off it though and the damp patches could be a factor. Jones got away cleanly from pole to lead unopposed round the first few corners but it was Ballinger who caught the eye. He was super aggressive over the opening lap to slot into second. Turner ran third with Gurnett dropping to fourth having run wide out of Cafe corner. Bodnar got compromised coming out of the top hairpin and lost momentum dropping back to ninth whilst Ben Cottle starting from grid twelve kept everything tidy to move up to fifth by the end of the first lap. Hall and Wood both slipped down the order as the field sorted itself out. Jones continued to lead from Ballinger with Turner third. But not for long as Cottle swept by on lap three. Gurnett remained fourth from Hall, Algieri and a rapidly recovering Bodnar. Jones was still hanging on at the front but just before half distance Ballinger set him up into the top hairpin. Jones defended but lost a little momentum on the tighter line and Ballinger swept by as they headed down into the Bruno chicane. Cottle remained third from Gurnett with Bodnar back up to fifth whilst Turner was hanging on to sixth from Algieri and Randall. Ballinger continued to lead but you couldn’t put a cigarette paper between him and the following Jones who kept pecking away trying desperately to find a way by. Cottle remained third but Gurnett was dropping away slightly and defending from Bodnar. Hall was back up to sixth as Turner fell away. Randall got ahead of Algieri and Bosley had moved himself up to join the fight. The day belonged to Ballinger though as he crossed the line to take his first ever win after eleven years of trying. The margin? A mere 0.086 from Jones. But both men had driven superbly. Cottle took third less than half a second behind the leaders. A great drive from him. Gurnett held off Bodnar for fourth and then a near seven second gap back to Hall with Randall seventh and taking the SHW honours. Algieri took eighth with Netting and Bosley completing the top ten. Bodnar set the fastest lap of the race on the penultimate tour. Williams took the second podium position in the SHW division ahead of Jordan Salter. Championship Round Up. In the heavies Nick Trafford still leads the way despite a bad day at Shenington. He never seemed to get to grips with track and recorded his worst result of the season. Stuart Jones’s points haul did his chances no harm and was a welcome return to form whilst Seb Algieri couldn’t replicate his Rye form but remains well in touch in third. And neither Steve Bosley or Lennie Wood had great days but remain a factor. 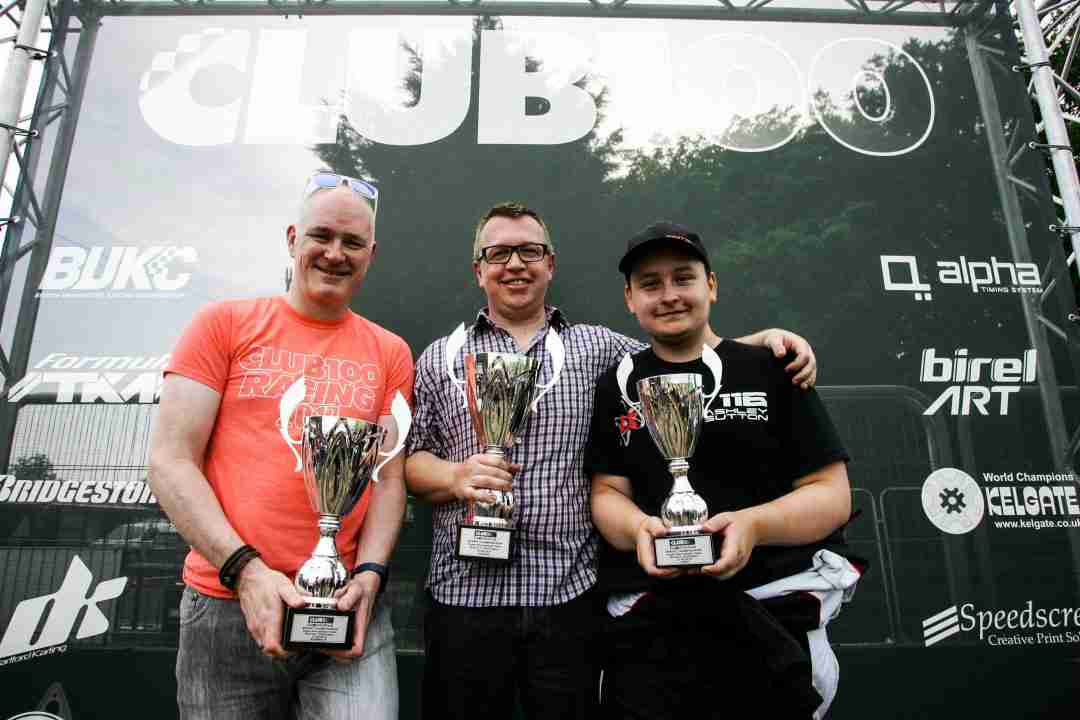 In the EssexFlatPack.co.uk Super Heavies Trevor Randall remains top from Paul Williams and Jordan Salter. Reflections I don’t watch the film of the races until after I have written the reports but I then settle down to check how accurate I’ve been. Great coverage it is too. I was appalled to see in the Lightweight A Final one driver deliberately turn into another driver on the run down into Wilkins. It was move which was rightly criticised by the commentator. What on earth possesses a driver to deliberately attempt to drive a fellow competitor off the road? And this wasn’t an isolated incident despite JV’s warnings in the briefings regarding driving standards. This behaviour is infantile. It’s dangerous. It’s disrespectful to other drivers and to Club100. Thankfully the huge majority of drivers in the Club compete for enjoyment and respect each other both on and off the track. But there are a minority who just can’t bear to be beaten. Winners know how to win. But they also know how to lose. Anyone who thinks it’s OK to use a Kart as a weapon is seriously mentally deficient. They should seek help. There is no place for it within the Club. Similarly I just don’t get the mentality of people who think Karting is a contact sport. Yes, there will always be a certain amount of rubbing and sometimes drivers will make genuine errors of judgment but deliberately punting a fellow competitor off the track? Seriously? Club100 is a brilliant entity. I just hope that the idiot minority don’t spoil it for the majority. Let’s have some respect and behave like adults not spoilt children. On a happier note wasn’t it great to see Michael Ballinger take his first win after eleven years of trying? After 582 races he finally gets to stand on the top step. Thoroughly deserved. He works so hard at his Karting. He tests; he competes in Endurance races and gets tuition from the Niki Richardson all with the aim of winning in the Sprints. And he’s a thoroughly nice bloke! Ben Cottle too deserves a mention as he got his first ever podium. Another driver who rarely troubles the stewards but races hard and fair. A great day at Shenington despite the antics of a few. On now to Glan-y-gors for Round five. If you’ve never been you’ve missed a treat. It’s a spectacular circuit with great facilities set in stunning scenery. Don’t miss out! Words: Steve Gray Photography: Jack Mitchell, JAM Motorsport Photography
Scroll to Top
We use cookies to ensure that we give you the best experience on our website. If you continue to use this site we will assume that you are happy with it.OkPrivacy policy