Tucked away in the back of beyond is the fantastic Lydd circuit. Situated in the middle of a glamorous swamp, right next to the former London Lydd International airport that, in recent years, has been demoted to Lydd Ashford airport. Still, it’s a great circuit loved by most drivers – as long as we don’t run the hairpins. Today we weren’t running the hairpins and, coupled with the nice sunny weather, we were in for a good morning’s racing.

Schrodinger once again brought in a ringer in the form of Jordan Hill. Their determination to win the championship very clear. However, although running on the pace, they gave away a few tenths to the leading teams and could only manage fourth at the flag. The first time they haven’t been on the podium this year. The race itself was a close run thing between InkJet Racing and JAM Racing. The two traded placed many times during the race, both on track and in the pit stops. Ultimately, InkJet managed to hold on to take victory by a fraction over five seconds. Second place for JAM saw them close the gap significantly to Schrodinger. Bandits came home third, although they were over twenty seconds further pack. Ballinger Do Or Die had a competitive showing to finish in the top five but it was a frustrating day for Maxx MPH and Auditing Armageddon. Both teams started from the back of the grid after changing karts post-qualifying and they both failed to challenge the front. CD30 also had a mare with a stop for a broken exhaust costing them several laps.

The Clubman race was won by Slickspeed. It was a close run thing as they crossed the line just over a second clear of CKS Throatpunchers. After two and a quarter hours of racing, it shows how close things are in Club100 and is another testament to the kart prep. G3Pro had something to smile about in third. Apteryx, Lucid Initiatives and Pixel Pirates were next up but it was a disappointing day for KOKS and Runtime Exception Racing who trailed home last. 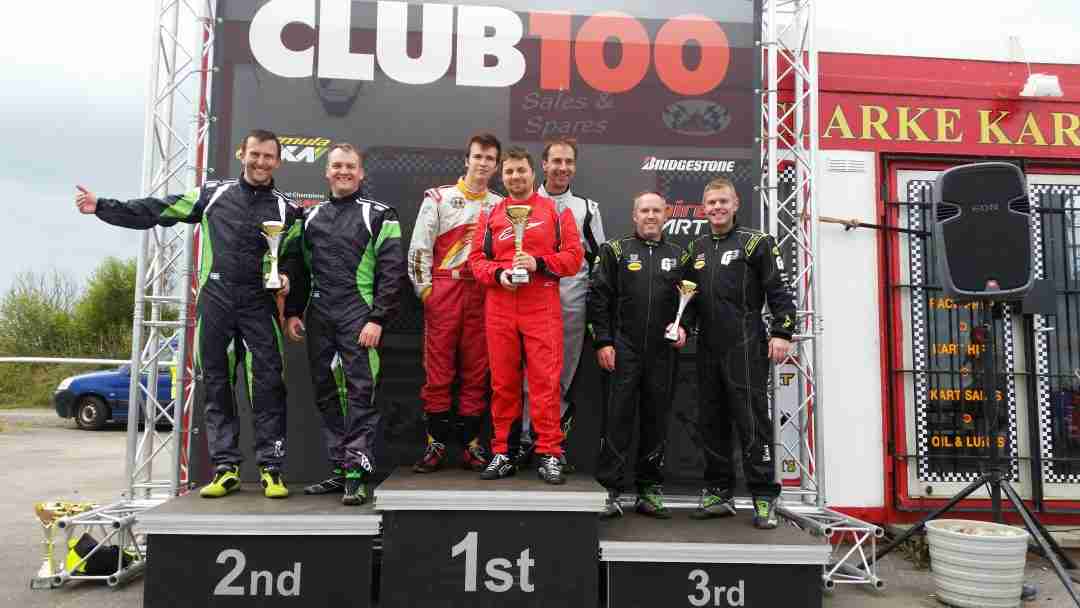 RaceCraft took a fortunate, but no less deserving, win in the inters class. SoundFP were on course for the win and were in a league of their own in the early stages but a broken exhaust put them on the back foot. The addition of a black flag later in the race for colossal banditry put paid to any chance of victory. However, despite these setbacks, they still somehow managed to come home second – such was their pace. Conman Racing took a well deserved third place in what was a good showing for the Inters teams all round. 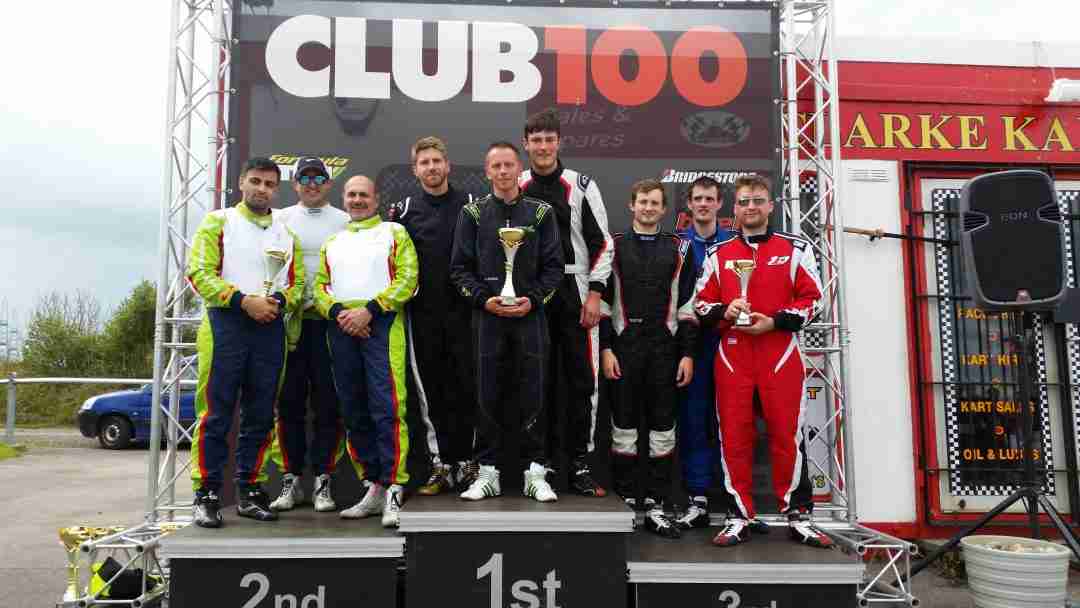 So with only four races remaining, the pressure is starting to mount for the title contenders. There are only two weeks until we are back at Clay Pigeon where the respective battles will reach fever pitch.