Introduction It doesn’t seem like three months since the last race of the 2017 season but nevertheless back we were at a freezing cold Buckmore Park for the first round of the season. With Tanked Up Racing, Ministry of Speed and Overdraft Racing moving back to the premier endurance for this season, the decision was taken to run just two classes this year. With KristHicks Racing entering and Maxx MPH Racing moving from the premier endurance and, with the promotion of the top class 2 teams from last year, the class one grid was much bigger and more competitive. Race 1 Without doubt KristHicks Racing were out and out favourites for the title this year and this was emphasised in the first race when they came from grid twelve to win the opening race of the day. Well… after penalties. G3Pro actually won the race having taken an early lead from Scuderia GM. Maxx MPH Racing made a cautious start and dropped from grid fifth to ninth but soon clawed their way back up. At the front, there was an epic three-way battle going on between Scuderia GM, G3Pro and Clunge. Positions were swapped a number of times but this led to the inevitable penalties. By half distance things had calmed down a bit and G3Pro maintained their lad and pulled away. This left Clunge and Scuderia GM to battle it out for second. Behind, KristHicks had made their appearance and were hounding the leading trio, as were Team DGB. There was then a big gap to Old Men Racing (formerly known as Jammy Dodgers) and Maxx MPH – the latter snatching sixth on the penultimate lap. Back at the front, G3Pro took the win but multiple penalties dropped them to third. ChristHicks were declared the winners with Clunge finishing second. Race 2 Team DGB led or the first half of the race before being bumped down to fourth after a move by M&M. Maxx MPH and Old Men Racing both made good starts and were running in the top five until half distance. KristHicks made an absolute flier from grid twenty-five and were up to seventeenth by lap one, fourteenth by lap two and were in the top ten a lap later. They continued their amazing climb through the field for the next few laps. Having dispatched Team DGB, M&M’s lead was shot lived as the aforementioned KtistHicks nailed them on lap 19. SoundFP had also made stellar progress from a low grid slot and were well inside the top ten for much of the race. A charge over the last few laps saw them right in the mix towards the end. Big Cat Motorsport had been running well at the front all race and looked on course for second but the last lap saw them shuffled down to fifth bySoundFP, M&M and Team DGB who all finished within a few tenths of each other, although nearly six seconds behind the winners, KristHicks. Race 3 Having won the previous race from the back of the grid, there was never any real doubt that KristHicks would win from pole. They did. By over 4 seconds. G3Pro had another good race from grid eight to finish second. Likewise, Clunge had another competitive race from grid four to fourth, just behind Old Men Racing. SoundFP and Scuderia GM scored more useful points towards the overall result, although a two place penalty from SoundFP hampered their chances of a podium. Further back, Maxx MPH had made good progress from near the back but lost out to the flying Scuderia GM in the closing stages. It was a fairly low key race for the likes of Big Cat Motorsport, m&M and Team BGID who failed to break from the back of the grid. Race 4 Slickspeed were given the pole slot for the final race and held onto the lead for two laps before being passed by M&M. Racecraft made a good start and joined Big Cat Motorsport and All Torque 1 in a battle at the front. Once again KristHicks were on a charge from near the back and sooned joined in the parting – quickly despatching those three before setting their sights on M&M. There was some drama in the early stages with Old Men Racing picking up a black flag for spinning SoundFP off the road. Both teams would finish well down and effectively voiding this race. Sound FP also picked up a penalty for cone violation. Back at the front and KristHicks were closing down on M&M but the leaders had just enough pace to hold them off for the win. Racecraft finished a few tenths behind in third after a good battle. Final Result It didn’t take a genius to work out that three wins out of the three counting results saw KristHicks win the overall day. G3Pro’s competitive showing (a third, second and fourth) saw them claim second ahead of Clunge Racing who started the season in great style after a very up and down 2017 campaign in Class 2. Consistency from Team DGB, Scuderia GM and Old Men Racing just wasn’t quite enough today. It’s going to be a very competitive season, although the rest of the field are going to have to work hard to get on top of the early championship leaders. 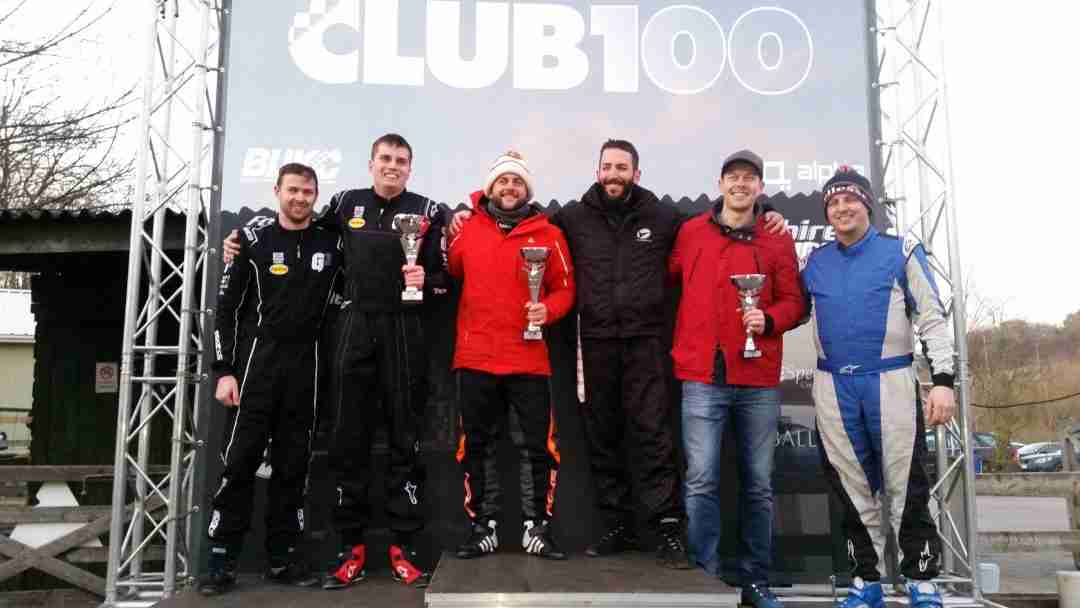