James Taylor Fast But Fat, He Would Say! But He Ain’t Heavy… He’s A Clubman

Heat 1 Mark Ridout on pole from Luke Hornsby, the former looking to kick start his season with a good result. Stuart Osborn and Liam Cochrane on row two with David Whitehouse and Jon Watkins next from Darrell Lowe and Martin Theodorou whilst Championship leader James Taylor completed the fifth row alongside James Martin. Both Ridout and Hornsby got away cleanly at the front but Osborn got swamped and would be down to seventh by the end of the lap. Lowe caught the eye with a stunning first lap vaulting up from seventh to third with Cochrane fourth. Whitehouse was another to make a poor start dropping from fifth to eighth whilst Taylor was on the move, up into sixth. Ridout was under real pressure from Hornsby who got a run into the second hairpin and emerged at the front. Behind these Watkins moved up to third as Lowe’s early promise came to nought as he began to slip back down the order. Hornsby began to pull away at the front as Ridout came under pressure from Watkins with Taylor just behind. It took Watkins a couple of laps to clear Ridout the latter then slipping back to fifth over successive laps. The order then stabilised over the second half of the race the big question being could Hornsby hang on to his lead as Watkins began to close in taking chunks out of the lead in tenths. As they raced towards the line Watkins was right on the leader’s bumper. But Hornsby wasn’t to be denied taking his first ever sprint race win by just 0.099. And didn’t he enjoy it as well he might. Taylor came home third with Cochrane fourth and setting fastest lap on the penultimate tour. And another lap record. Ridout came home a lonely fifth with Christopher Powell next. A solid drive this up from grid eleven. Whitehouse was next from Stefan Scully and Theodorou whilst Lowe finished a despondent tenth. 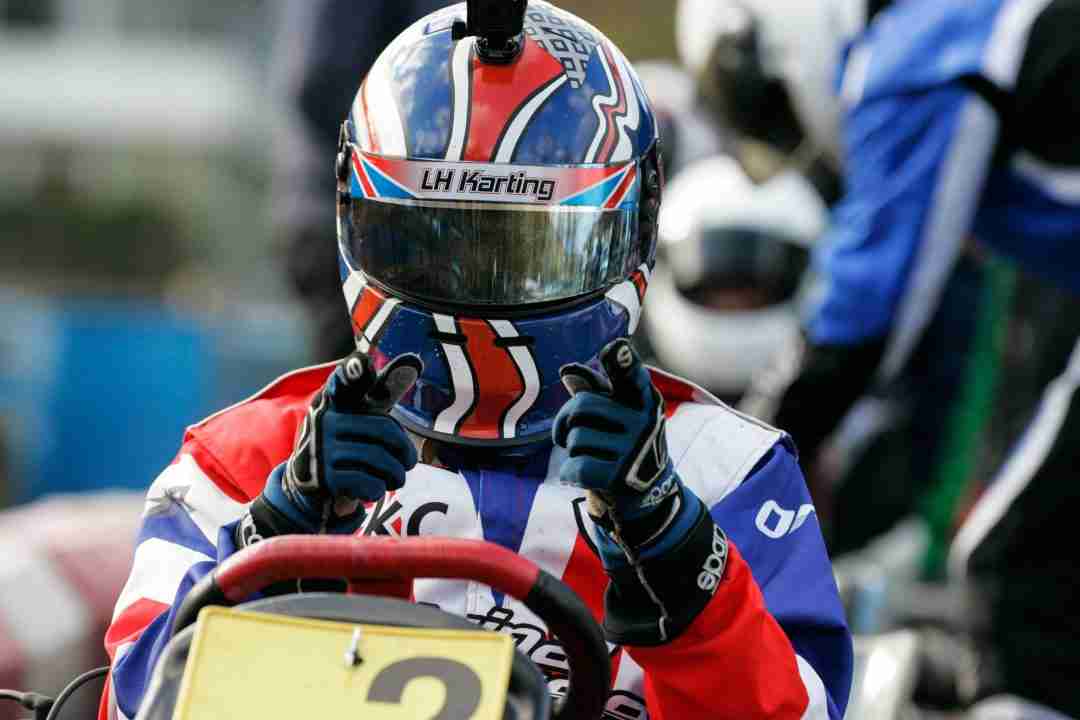 Heat 2 Championship leader Taylor on pole from Martin followed by Powell and Mike Townley. Simon Lloyd and Sammy Venables on row three from Scully and Ridout with Hornsby and Osborn completing the top ten. Taylor led the field away but Martin succumbed to a fast starting Powell. Lloyd followed him through leaving Martin to defend from Scully. Venables spun out of contention whilst Hornsby moved up a couple of places. Taylor edged clear of the pack whilst Martin quickly got back into his stride demoting Lloyd and then Powell within three laps. He then began to close on the leader. Further down the order Cochrane was putting in a charge. Starting from Grid eleven he was up to fifth by the end of lap four and pressing Scully hard for fourth with Lloyd and Townley close behind. At the front Taylor continued to lead chased hard by Martin and Powell. Neither of them however could quite get close enough to make a move. Martin had something of a dilemma. Make a move for the lead and possibly lose second to Powell or hold the place from Scully? In the end he stuck with what he had to claim valuable points as Taylor ran out the winner by just under half a second from Martin with Powell third a few lengths back having dropped away a touch over the final two laps. He did however have the satisfaction of fastest lap. Scully came home fourth. Cochrane took him for the place with three to go but left the door open at the hairpin on the final lap. Fifth though was still a good finish having started from Grid eleven. Lloyd came home sixth holding off Lowe who had driven a strong race up from grid fourteen. Unfortunately he got penalised a place for cone abuse promoting Townley into seventh. Hornsby was next but he too had clipped a cone dropping him to tenth and promoting Theodorou into ninth. 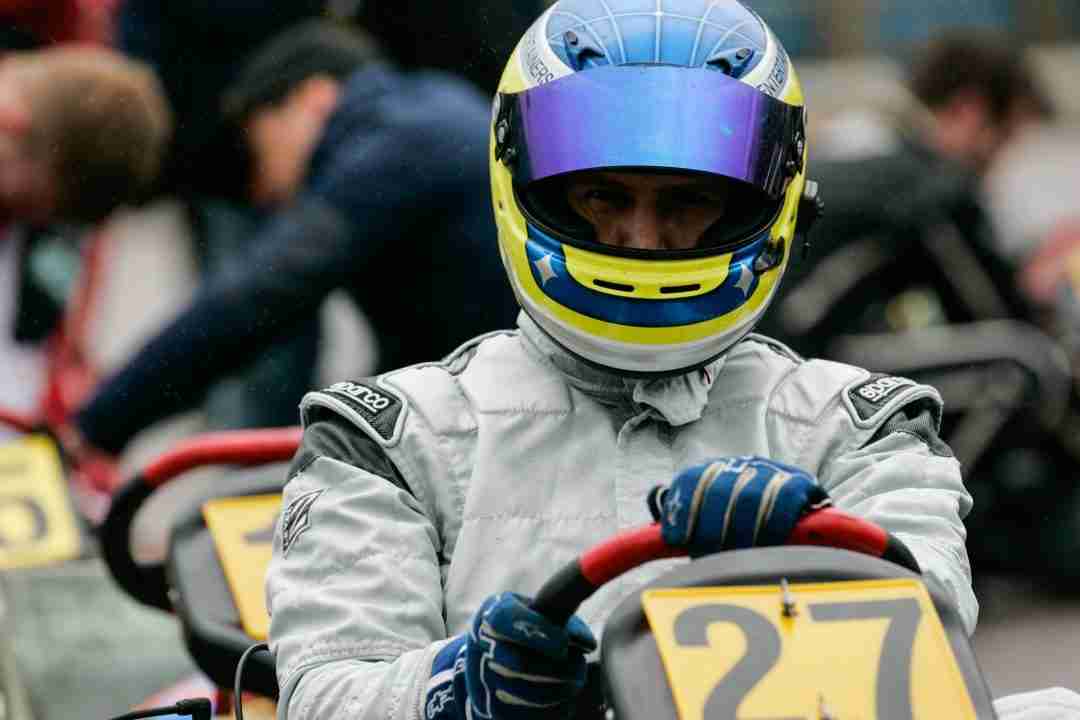 Heat 3 Theodorou on pole from an on form Scully with Lowe and Venables on row two. Row three saw Watkins and Lloyd together from Whitehouse and Townley whilst Cochrane and Powell completed the first five rows. Theodorou made the most of pole to lead but Scully was quickly demoted to second behind Lowe whilst Venables, Watkins and Lloyd all did their best to fall over each allowing Whitehouse into fourth by the end of the lap. Taylor, from the back of the grid, made rapid progress. Eighth by the end of the first lap he was up to sixth by the end of lap two. But thereafter his progress stalled. A lap later and he was down to seventh. And there he stayed until the penultimate lap. Theodorou led the opening laps but Lowe and Scully both fought their way past. Lowe immediately eked out a gap helped by Scully having to defend from Theodorou. Venables had picked up the pace and was closing in with Watkins in his wheel tracks and Taylor keeping a watching brief. With three to run Venables got the better of Theodorou in the hairpins to move into third. Lowe continued to lead and crossed the line to take the win from Scully by almost a second with Theodorou taking third from Venables on the final lap. Venables did have the satisfaction of fastest lap. Taylor was next having run seventh for lap after lap he got the better of Watkins and Whitehouse over the final tour. Whitehouse had also picked up a penalty for cone abuse dropping him to ninth. Ridout claimed seventh after a strong drive from grid sixteen with Martin eighth and Cochrane completing the top ten. 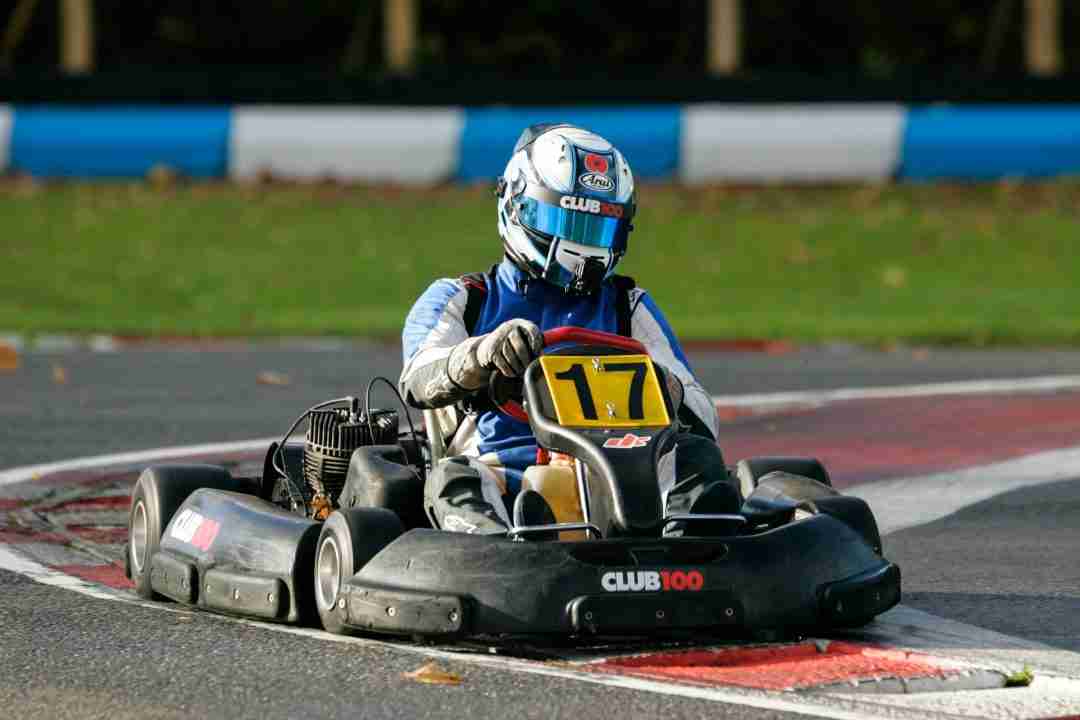 Final Taylor on pole from the on form Scully with Lowe and Cochrane on the second row. Watkins and Theodorou on three from Martin and Ridout. Hornsby and Powell completed the top ten. Taylor certainly made the most of pole position crossing the line at the end of the first lap nearly one and a half seconds up on second placed Scully. Lowe and Watkins were next with Cochrane holding off Martin in fifth. Second time around and the order remained the same. But then the gap to the leader began to come down despite Taylor setting his fastest lap of the race on the fourth tour. One third distance and Watkins took Lowe for third. Scully had a couple of scruffy laps and the gap to the leader widened again. But then Scully got his head down setting a personal best at half distance and cutting the gap to less than a second. Taylor saw him getting closer and immediately went defensive allowing Scully to cut the gap even more. And Watkins was closing in on Scully whilst behind battle raged over fourth. Martin briefly got the spot before falling to eighth in the space of a few turns. Lowe dropped from fourth to ninth in the space of a couple of laps. With four to go Cochrane took over in fourth with Theodorou fifth and Venables now up to sixth from grid eleven. Still Taylor led but Scully was now having to keep a close eye on Watkins. The front three had by this stage pulled away from Cochrane in fourth. But Cochrane began to lap quicker. At the front Taylor was still driving defensively. It was almost his undoing. Defending into Garda he lost momentum. Round Senna and up towards Cafe corner he suddenly had Scully, Watkins and Cochrane all over him. Almost four abreast, they crossed the start and finish line with Watkins in the lead from Cochrane by just 0.001. Scully was third with Taylor down to fourth. But into the hairpins Scully dived down the inside and ran both Watkins and Cochrane wide. It was a fair move but all three lost momentum and Taylor shot by all three and back into the lead! And there he stayed, punching the air as he crossed the line just 0.089 ahead of Scully. Scully also set the fastest lap of the race whilst incredibly the winner’s fastest lap was only the eleventh quickest of the race. Watkins held off Cochrane for the final podium spot with Theodorou crossing the line fifth but penalised down to sixth after hitting a cone thus promoting Venables to fifth. Martin took seventh with Powell next from a disappointed Lowe. Ridout completed the top ten. Round Up In the Clubman class can anyone stop James Taylor? He’ll tell you he’s overweight but he keeps on winning. Every race he’s entered this year he’s won. The last two he’s won with moves on the last lap. Perhaps he’s had a bit of good fortune but he’s taken full advantage. In any event I’m a great believer in the saying that you make your own luck. Stefan Scully had a good day at Buckmore and it surely won’t be long before he takes a win. The same is true of Jon Watkins who is always in the mix. Liam Cochrane will miss Ellough as he will be behind the camera again whilst Darrell Lowe in fifth is due for some good luck for a change. Reflections Ellough Park is next up and it’s being televised so it’s a chance to be seen all over the world. Don’t miss out. Ellough is a great track and if drivers want to continue racing at a broad range of circuits events like this need to be supported. Finally, Stuart Jones was missing from Buckmore having been taken ill. I’m unashamedly going to borrow a Facebook post from Ben Benneyworth who writes, ‘’I think it’s fair to say on behalf of Club 100, our thoughts and prayers are with Stuart Jones and his family after being rushed to hospital with Meningitis. I want wins and Championships like the next person but not at the expense of someone being taken to A & E. Get well soon mate.’’ And so say all of us. Get well soon Stuart. See you all at Ellough !
Scroll to Top
We use cookies to ensure that we give you the best experience on our website. If you continue to use this site we will assume that you are happy with it.OkPrivacy policy