The Lightweight sprint championship Class 1 is open to drivers that raced in the invitational Elite and Clubman classes in 2018, along with promoted LW drivers from our 2018 championship. At the discretion of the organisers, new drivers joining the club may be considered for this higher class.
The Races take on the traditional format of – Practice, Three Race Heats and a Final. Minimum racing weight limits are enforced. The Lightweight Championship is run over 11 rounds, with 8 championship points scoring Finals to count. Each event consists of a maximum entry of 70 drivers per round.

Drivers weighing over 83kg are eligible for the Heavyweight Class. 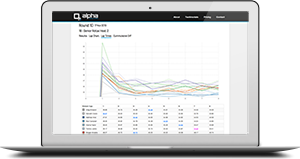